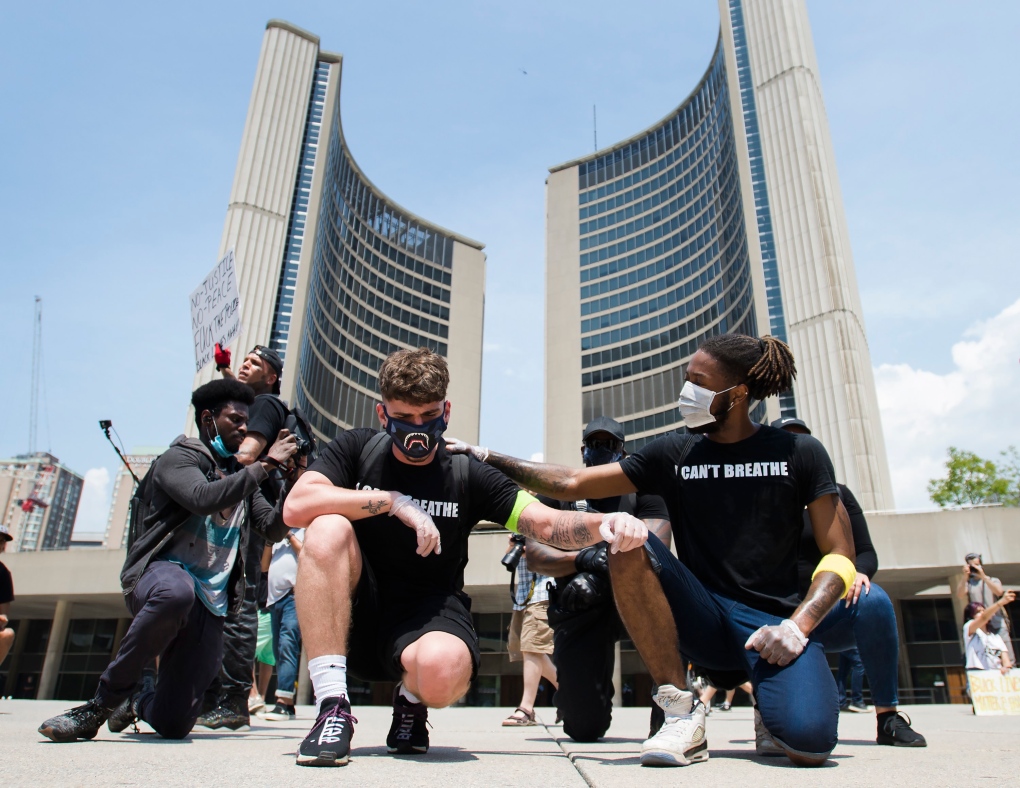 Thank you to everyone who has reached to me about racism in our communities, police funding and our shared future. I’ve received more than 5,000 messages this week. Our collective response to tragedy and injustice has been inspiring and humbling. The baseline for all of us right now is to speak up in solidarity and initiate the discussion in our community. As an elected representative, I have an additional responsibility to proactively make and support decisions that improve the circumstances of equity-seeking groups. I take this responsibility very seriously. As with most issues, I try to start with empathy for the people affected by this physical and emotional violence. I have been very clear publicly – the City’s best approach is to address root-causes through anti-Black racism efforts, anti-poverty initiatives and investing in community development.

This year’s police budget did increase. I share your concerns about the speed at which police, and so many other services in our city, are addressing anti-Black racism. Most of the 2020 budget increase was due to salaries and payroll expenses. The police invested in a better model of neighbourhood policing, adding 40 new neighbourhood community officers. Working closely with Division 55 Superintendent Stroble, we secured funds for four exceptional Neighbourhood Police Officers in our local Beaches-East York community. These officers took their new roles in Division 55 in February (see the launch here).  More generally, across the Toronto Police, we added five new Equity, Inclusion and Human Rights positions as well. There were also significant costs associated with implementing body-worn cameras incorporated in this year’s Police budget. A number of the other increased costs were associated with achieving the City’s Vision Zero road safety mandate, including creating the new vision zero road safety unit.

To me defunding means cutting old priorities for new ones, and investing in better policies to keep our Black, Indigenous and racialized communities safe. That’s what I support. We certainly need to continue the work of reforming and modernizing our policing model. There have been countless reviews, inquiries, panels on police since long before I was a City Councillor. The City has an Anti-Black Racism Action Plan, a Youth Equity Strategy, and dozens of other reports addressing injustice and inequality – we can’t be complacent about implementing that kind of change.

Solving these problems takes time and re-investment. In addition to advocacy, action is also critically important. Especially as an elected representative. Our respective roles as members of City Council are influenced by the committees to which we’re appointed. For example, while I am interested in seeing continued police reform, I am not a member of the Toronto Police Services Board so, like you, my abilities to influence are through dialogue.

However, there is an anti-racism, anti-oppression lens we can bring to all of our work as Councillors. Here’s an overview of some of the work I’ve been involved with and some of the perspective I try to bring. I share this as questions about my work have been coming up a lot in the last week. I want to share as much as possible to be transparent about my work, get your input and continue listening.

As Vice-Chair of the City’s Budget Committee,I was part of steering through $6million in additional funding for anti-violence programs and youth hubs. This is on top of $15.6million in net new funding for poverty reduction initiatives in the City’s 2020 Budget.  I also helped the City deliver the following actions:

As for other measures of allyship – there is never enough that could be done, but I am calling out the need for anti-racism training at every opportunity. On the Board of the TTC I have moved motions calling for a number of anti-racism measures including:

There are a number of other equity-based issues I’ve been vocal on – including rent control on city-funded affordable housing sites, getting Council’s support to urge the Province to maintain the definition of disability and avoid cuts to ODSP recipients, and including a Community Benefits Agreement into the market offering process for redevelopment of City property at the Danforth Garage.

None of these initiatives matter without real engagement with marginalized communities. This is critical to elevate the voices of people too often left out of the process at the City of Toronto. Within my office, listening is critical. I host town hall meetings and discussions with targeted stakeholder groups in communities across Beaches-East York. Just on Saturday I held a virtual town hall for the Bengali community with Mayor Tory and Councillor Crawford. I also engage regularly with countless other equity-seeking groups, as well as youth groups, and advocacy organizations such as ACORN, Centre for Equity and Human Rights in Accommodation (CEHRA), TTC Riders, Social Planning Toronto, Maytree Institute.

We work hard to ensure these efforts are accessible, and take extra measures for our statutory city consultations – like community planning meetings – to make sure individuals have access to child care at a minimum to encourage engagement. We ask our community partners to share information about these meetings with their membership to broaden the reach to communities the City doesn’t typically engage.  For example, we work closely with on-site teams at TCHC to post meeting invitations in lobbies, elevators, and on apartment doors. My bi-monthly community meetings also rotate around the ward in an effort to do everything possible to ensure geography is as little a barrier as possible.

As I said off the top, none of this will be enough until we bring a meaningful end to structural racism. We each have a role to play in that. As an elected representative, I am accountable to all residents in my community, but I hold myself to the highest accountability on issues of equity and inclusion. Being in this position is a privilege and my goal is always to advance policies that pragmatically, and meaningfully move the agenda forward for our Black, Indigenous and other racialized communities.

In solidarity, and community.