Infrastructure a key step to EV adoption in Toronto 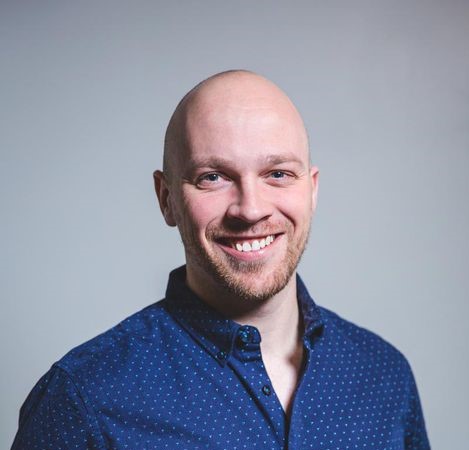 If the City of Toronto wants to be greener, it needs to cut the red tape

By Brad Bradford Special to the Star

The race to respond to our changing climate is on. Cities around the world are looking for innovative ways to reduce emissions, leverage new technology and encourage carbon-reducing lifestyles. The City of Toronto is no exception. In 2019, Toronto declared a climate emergency and has since adopted an aggressive target: reaching net zero emissions by 2040.

Through mandatory green building standards, improvements to bike lanes and bike-share programs, and the expansion of public transit, here at the city we are advancing our role in reducing global carbon emissions.

Yet, despite these efforts, Toronto is still missing the mark on one of the most impactful policies we have in our toolkit: investment in electric vehicle (EV) infrastructure.

Roughly 38 per cent of Toronto’s emissions are produced by transportation, with more than a quarter resulting from passenger vehicles. Restrictions at the start of COVID-19 outbreaks resulted in a significant emissions reduction, largely due to widespread work from home mandates and reduced travel opportunities.

Toronto is now faced with a decision: contribute to the changing landscape or risk suppressing a widespread transition to EVs in our city. Countless municipalities are proving that EV uptake is possible when government support exists. San Jose, Calif., is ranked No. 1 across the United States for their EV-friendliness, with roughly 2.9 public charging stations per 1,000 residents. In stark contrast, Toronto currently has 0.20 per 1,000 residents.

There is a glaring disconnect between the city’s policy goals and its ability to implement the steps needed to reach these objectives. This is evidenced in one of the latest targets put forth by the city’s TransformTO Net Zero Strategy, which seeks to eliminate combustion engine vehicles from city streets by 2040. The Electric Vehicle Strategy outlined in the framework sets an ambitious target: the installation of 3,000 Level 2 charging ports across the city by 2025. To date, Toronto has installed just 600. Pilot programs with Toronto Hydro have taken years to roll out and local attempts to boost EV infrastructure along city streets have suffered from interdivisional disagreements and a lack of jurisdictional clarity.

As a city councillor, I routinely field feedback that can be summarized as “I’d like my next vehicle to be an EV, but I have nowhere to charge it.” The problem is simple – there are many parts of the city where parking is predominantly on-street, with some shared mutual driveways, if driveways exist at all. In these instances, access to convenient EV charging infrastructure remains elusive.

In 2019, I proposed the allowance of front yard parking (FYP) in the Beaches–East York area as a practical way to increase parking and charging options for EVs. It was a move met with fierce ideological opposition from some, and concerns with a reluctance to try something new from others. Yet, after more than a year of bureaucratic manoeuvring, we provided folks with a much-needed pathway to EV charging infrastructure in their neighbourhoods. For me, this experience is emblematic of the tendency of politicians and institutions to lean into soaring rhetoric, but a reluctance to tackle the much more complicated and nuanced process of implementation. This will need to change if we’re going to achieve the widespread adoption of EVs articulated in our policy objectives.

If you watched the Super Bowl, you likely notice that auto-manufactures went all in on electric. General Motors, BMW, Kia, and Polestar exclusively advertised new EVs, with no airtime afforded to their internal combustion counterparts. The private sector has made it clear we are on the precipice of the biggest automotive transformation since the Model-T, but these technological advancements will be stifled without the support of local municipalities advancing the new infrastructure required to complete our transformation.

Our environment cannot wait for the bureaucratic tape to be cut. If we want to achieve our climate goals, we must align our targets with our actions. This will require co-ordination across government, utilities, and manufacturers to think differently than we have in decades past, and a commitment to making charging infrastructure abundant across the city. We’re dealing with a new technology, and it will require a new approach – let’s get that done with the urgency the climate crisis requires.