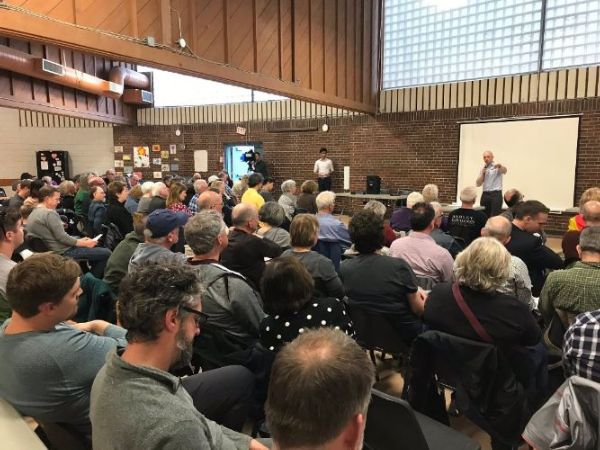 One of the issues I hear most about in my office is the Woodbine Bike Lanes. I’ve received several hundred calls, emails and messages about this over the last year and I want you to know that I am working everyday with the City staff responsible to find solutions. We haven’t solved it yet. That’s not good enough and it’s not where I wanted to be a year into the Council term.

At the same time, I want to make sure we work carefully towards a good solution. As I’ve always said, road safety is my top local priority and I am committed to keeping the bike lanes. There were issues with how quickly they were implemented and it would be irresponsible to rush towards a fix. There’s nothing worse than repeating the same mistakes again.

What have we been doing in the last year?

Many of you came to my community meeting at the Stan Wadlow Clubhouse in April. Over 200 residents were there to discuss traffic congestion, road safety and cut-through traffic, and the design issues from the cyclist perspective too. Everyone is a little dissatisfied. We compiled that feedback, and submitted 4 possible options to City staff to help alleviate congestion, and mitigate cut-through traffic, including:

There are advantages and disadvantages to each of these options. We had countless meetings and discussion after developing these solutions with the community. Traffic experts made small tweaks to the signal timings to help reduce congestion but that hasn’t translated to noticeable changes in congestion.

There has been a lot of back and forth on which design options we should pursue – what is possible from a safety standpoint, and what can be done in the short, medium and long-term to make things better.

What is happening next?

Traffic engineering is looking at how these four options would impact traffic flows. They are working on counts and virtual scenarios to ensure that any recommendations they provide are well thought-out and won’t have an adverse effect on another areas.This is a complicated analysis and again, it’s worth spending the time to do it right now so we don’t regret it later on.

When we have that analysis and a clear picture of the pros and cons I’ll make sure to be in touch. I was glad we were able to approve additional traffic calming on Cassels this week, more will be coming to Community Council in the New Year.

As a closing thought, I want to acknowledge that this background work doesn’t relieve the immediate frustrations over safety and congestion on Woodbine. As long as the road is designed this way, we’re creating stress for people trying to get home and more frustration on our roads. Both of which are harmful to road safety even though the bike lanes are important for safety.