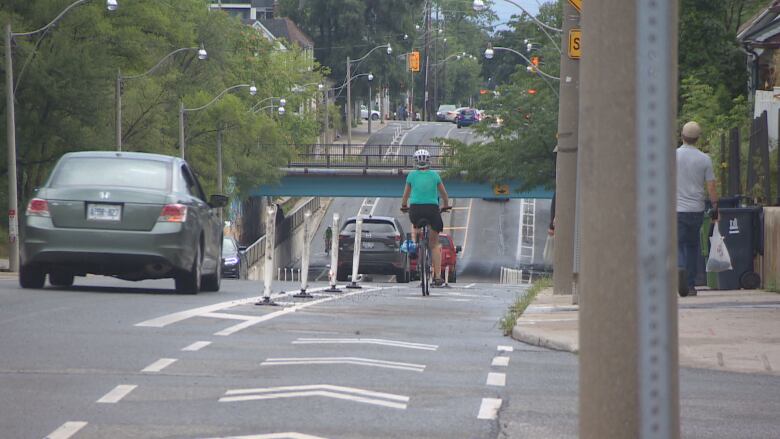 Outside the current global pandemic, there aren’t many bigger conversation starters in our community than the Woodbine bike lanes. Over the last couple of years, several hundred community members have come to consultation meetings on how to make Woodbine work better for everyone. We had to roll up our sleeves, put in the work, and find a solution.

After listening to the community’s input and working with City of Toronto staff on a better design, Toronto City Council has approved changes that maintain safety and improve traffic flow for Woodbine Avenue between Kingston Road and Gerrard Street East.

A quick recap: the Woodbine bike lanes were approved by council in 2016, and installed before I was elected as the City Councillor for the new, bigger ward of Beaches-East York. This was a bold and courageous move that delivered a critical north-south connection for active transportation.

In a rare break from Toronto tradition, the Woodbine bike lanes didn’t go in as a pilot. While I don’t think we need to pilot everything, my time at Toronto City Hall has shown me that it’s helpful to have an implementation phase to help iron-out wrinkles when making major changes like this.

During the 2018 municipal election, the bike lanes became a political lightning rod. Some candidates ran with a platform to rip them out entirely, others wanted to keep them exactly the same. I ran on a commitment to maintain the bike lanes, but land on a design that worked better for everyone. The forthcoming changes deliver on that promise I made to you.

My position is simple. We can’t deny the real experience of the residents and communities who have seen an increase in cut-through traffic on their local streets due to frustrating bottlenecks. We also can’t deny that we have a critical need for safe cycling infrastructure,  and it doesn’t make sense to simply rip-out an investment that’s already been made.

I got to work right away after taking office. You might remember the initial public meeting at the Stan Wadlow Clubhouse with hundreds of residents and even news crews! Since then, I’ve had dozens of meetings with city staff, over 2,000 emails and Facebook messages with residents, more community consultation meetings, and focused stakeholder conversations to work on the details of the design.

One of the biggest lessons learned for me is that our street design should be informed by the context, and that the initial proposal brought forward by the technical staff, might not always be the best one on the ground. While we may have bike lane guidelines designed for generic city-wide applications, the hill gradient, residential frontages on an arterial road and travel patterns on Woodbine do not lend themselves to generic guidelines. This required a made-for-Woodbine solution informed by the community.

Here are the changes that will be coming, balancing all of that input, while maintaining the top priority of road safety for all users:

The new approach reflects the specific conditions found on Woodbine, made for and shaped by our community. While it’s not perfect, and won’t appease everyone, it will reduce cut-through traffic on local streets and congestion during peak periods, while improving safety, sight-lines and incorporating new separated bollards.

These changes are in addition to the road safety measures that have either been approved or already installed on the neighbourhood streets in and around this section of Woodbine.

We’re getting the engineering analysis for new safety measures like speed humps and stop signs on some of the streets seeing the most cut-through traffic including Firstbrook Road, Corley Avenue, Cassels Avenue, Glenmount Park Road, Brookside Drive and Lockwood Road.

Construction to implement the changes on Woodbine is expected in the fall. Sign up for my newsletter or follow me on social media for more detailed updates on the timings when we have them.

A sincere thank you to everyone from the community who’s reached out on this and given their time and energy to bring about these changes. Thanks also to the city staff, advocates on all sides, and my council colleagues who have responded to an important local discussion.

None of this would have happened without your incredible engagement over the last couple of years. The power of community-led change continues to inspire and shape the work I do at Toronto City Hall.

For more information on the Toronto City Council changes to the Woodbine bike lanes, please go to http://app.toronto.ca/tmmis/viewAgendaItemHistory.do?item=2021.TE24.54